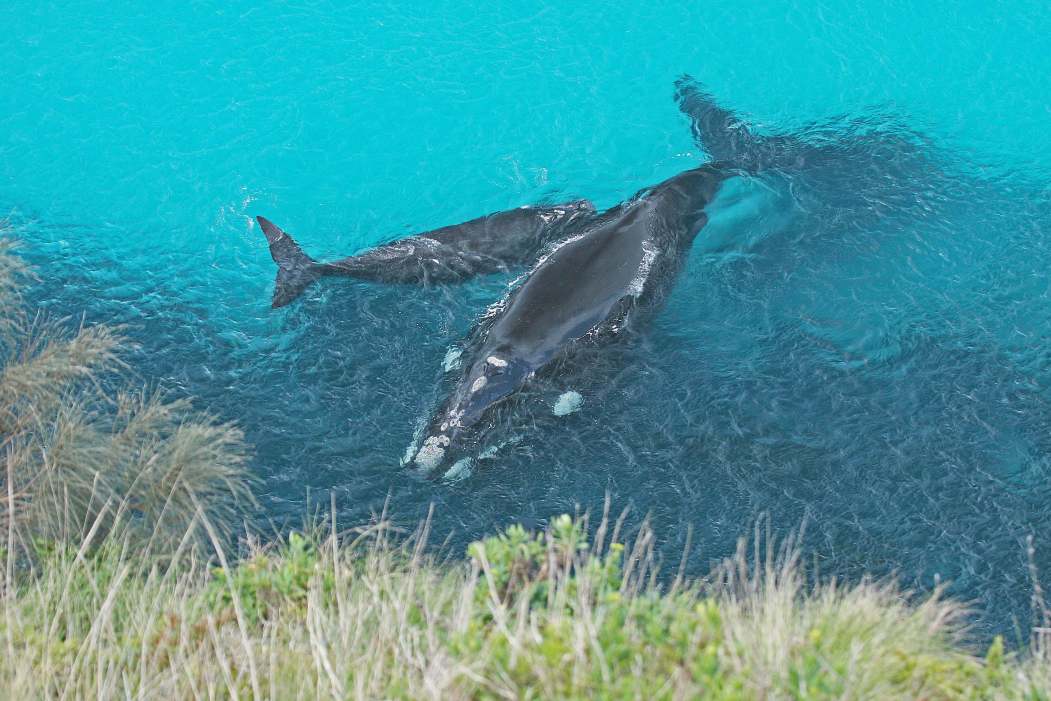 Hundreds of citizen scientists are helping to uncover the migration patterns of southern right whales in Victorian coastal areas.

Recently submitted photos to WhaleFace photo identification project suggest the coast of Portland could be re-emerging as a nursing ground for these endangered whales.

'Portland is an important area for southern right whales as it was good habitat for them decades ago before whaling wiped them out,' Mandy said.

'Photo ID is one of best ways to study southern right whales and citizen science is helping us to fill in some of the gaps.'

The project builds on the thousands of photos Mandy has collected over the years, dating back to the 1990s, in the first ever photo identification catalogue for southern rights visiting south east Australia.

“WhaleFace” was named after the whales’ unique white growths on their heads, known as callosities, that help researchers identify and track them.

'You can identify a humpback whale by the tail. But for southern right whales, it is by the patterns on their head or face,' Kasey said.

'By submitting sightings to WhaleFace, people can help us detect if southern right whales are expanding to other areas.'

Register or find out more about WhaleFace.

It is important to keep a safe distance from whales in the water: